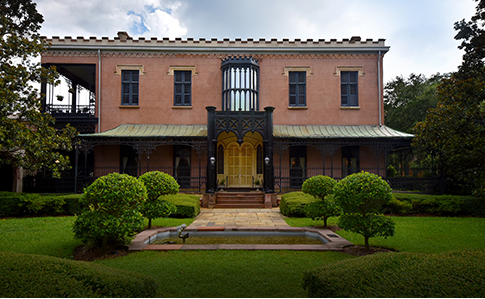 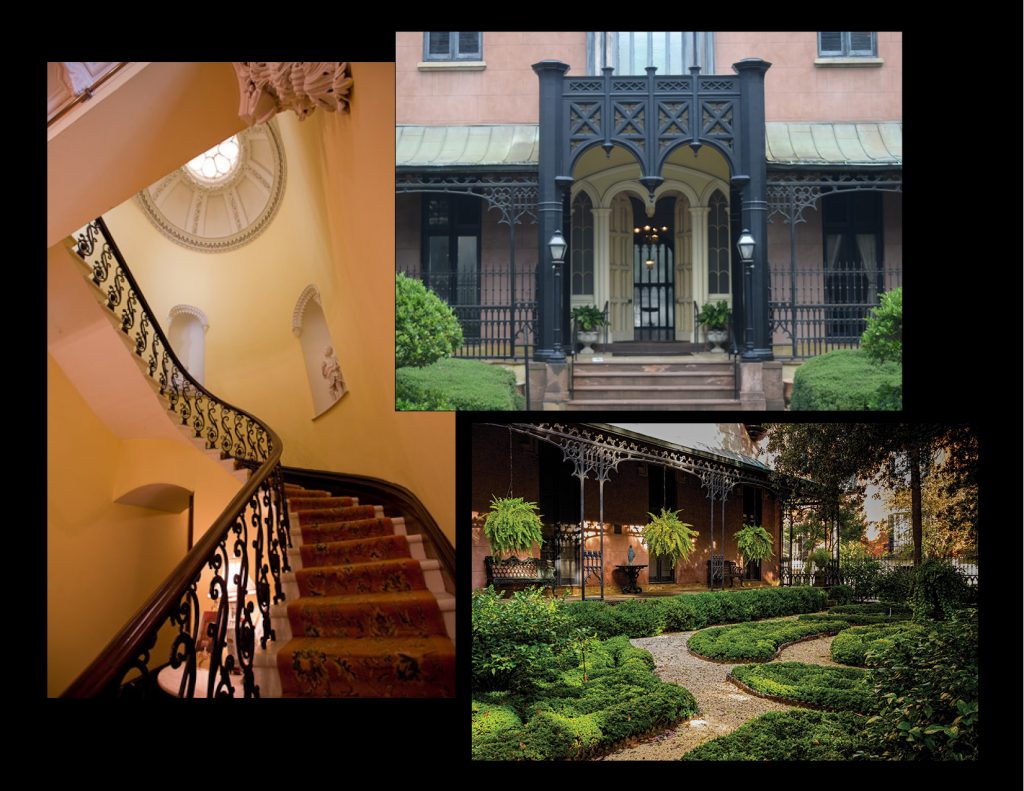 The home is open for tours on most Tuesdays and Fridays.*

The Green-Meldrim House is one of the finest examples of Gothic Revival architecture in the South. The house was constructed in the early 1850s as the residence of Mr. Charles Green, an Englishman who came to Savannah in 1833.

In December 1864, upon the invitation of Mr. Green, General William Tecumseh Sherman used the house as his headquarters when the Federal army occupied Savannah during the U.S. Civil War. It was at this time that General Sherman sent his famous telegram to President Lincoln offering him the City of Savannah as a Christmas gift.

The house was designated a National Historic Landmark in 1976 by the United States Department of the Interior. In 1943, the owners sold the house to adjacent St. John’s Church (Episcopal). The house now serves as St. John’s parish house.

Mr. Green was not possessed of great wealth when he arrived in Savannah. He became a cotton merchant and shipowner. By 1850, he had amassed a fortune sufficient to build the most elaborate house in Savannah at a cost of $93,000. According to Green family records, $40,000 of the cost of the building materials including flagstones, laths, planks, and bricks, were brought from England as ballast on Mr. Green’s ships. Recent restorations have revealed that the bricks were actually made at a foundry in Macon, Georgia.

The architect for the house was Mr. John S. Norris of New York. Mr. Norris was in Savannah from 1846–1861 and during that time he designed not only the Green-Meldrim House but also the Custom House and numerous other fine residences. There are many unusual architectural features throughout the house. The front entrance has three sets of doors. The heavy outer double doors fold in and form a small closet on either side of the entrance. Of the other two sets, one has glass panels to give light and the third set is louvered for ventilation.

The woodwork on the main floor is American black walnut, beautifully carved, and the elaborate crown moldings or cornices are stucco-duro. The doorknobs, hinges, keyhole escutcheons and covers are silver-plated. The hanging consoles in the hall have supporting brackets or carved wood, while the ornate aprons are of papier-mảchẻ. 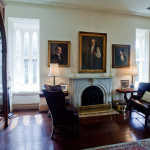 There are marble mantles in each room in the house, the two in the double drawing rooms being of Carrara marble. Other original adornments in these rooms are the matching chandeliers and the large mirrors in gold-leaf frames which were brought from Austria.

The gracefully curved stairway with a skylight above is a feature found in other houses designed by Mr. Norris. Also of special significance are the oriel windows on the east side of the house.

The covered porch, on three sides of the house, is surrounded by ornate ironwork. The planting in the garden is not authentic to the period of the house, but after the removal of layers of soil, it is believed that the pattern of the original flower beds was discovered and has been restored. The former kitchens, servants’ quarters and stable have been converted into the Rectory of St. John’s Church.

After 125 years, the Green Family Furniture has returned from France!  You can see the furniture, along with historic documents and artifacts during regular house tours. 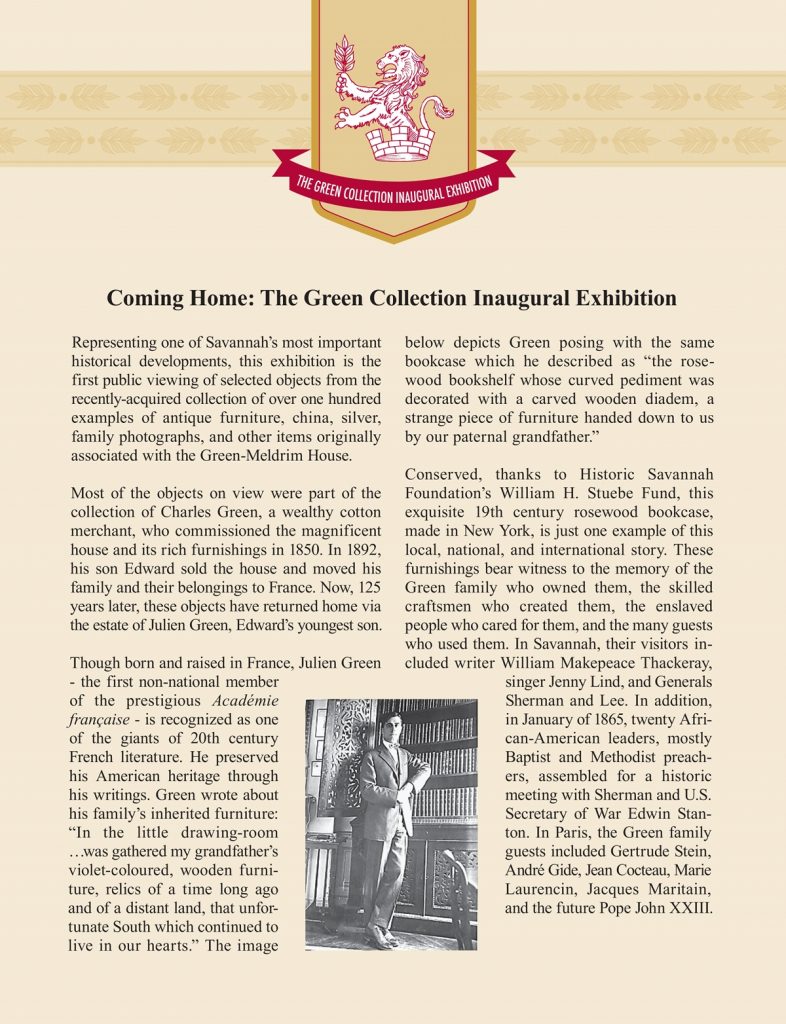 The house has been owned by only two families and St. John’s Church. After the death of Mr. Green in 1881, it became the property of his son, Edward Moon Green. On July 14, 1892, the house was purchased by Judge Peter W. Meldrim. On December 30, 1943, the Meldrim family sold this historic treasure to St. John’s, thus ensuring its preservation.

The Green-Meldrim House Restoration is a three-phase project. You can read the condition assessment and recommended steps for restoration here.