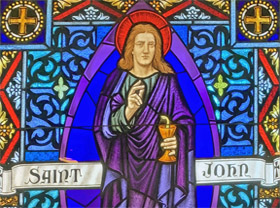 Let’s start with the word “Episcopalian”. The name goes back to the 17th century, when Protestants in the British isles were divided over the question of church government – some holding for government by bishops (episcopoi in Greek), some for government by presbyters (the Greek word for ‘elder’, which may also be rendered in English as ‘priest’); some for self-government by congregation (also known as “independency”). Those differences of opinion eventually hardened into separate denominations, and in North America to this day are known as Episcopalians, Presbyterians, and Congregationalists. In other countries, however, Christians of this tradition are known as “Anglican” (from the Latin word for “English”), because it originated in the Church of England, and spread throughout the world in the time of the British global empire; and this name is used in particular of the worldwide fellowship of churches to which the Episcopal Church claims to belong, the Anglican Communion. (In the USA, the word “Anglican” is also often used by conservative or traditional groups that have separated from the Episcopal Church.)

These names tell us that this tradition involves government by bishops, and originates in the church of England – useful hints, but far from definitive: we must dig more deeply if we are to grasp what this tradition is about. It is often described as both “catholic and reformed”. As this is generally understood, it means that the Episcopal tradition is defined by reference to the ancient Catholic church founded in the preaching of the apostles; and by reference to the 16th century Protestant Reformation associated with theologians like Luther and Calvin. There is a great deal of truth in this formulation, rightly understood. In common with many other Christian churches, we receive and transmit the four chief elements of the ancient catholic church: the scriptures of the old and new testaments, the creeds and teaching of the ecumenical councils, and with some modifications, the threefold order of ministry and the sacraments. (Many Anglicans would also highlight the aesthetic of rich ceremonial, music, and ornament, but these are secondary elements in the catholic tradition. As someone like Francis of Assisi shows, the catholic faith is also fully compatible with austere simplicity in such matters.) Meeting in Chicago in 1886, the American house of bishops identified these four elements as a basis for unity with other Christians, a position which was in turn affirmed by the bishops of the Anglican Communion in the Lambeth Conference of 1888, and so they are sometimes referred to as the “Chicago-Lambeth Quadrilateral”. But precisely because they are the basis for ecumenical unity with other Christians, they are not what is distinctive about the Episcopal or Anglican tradition.

In common with other churches of the 16th-century protestant reformation, the Church of England (and its Anglican and Episcopalian heirs) renounced the claim of the Roman papacy to universal jurisdiction over the catholic church; dissolved the monasteries; permitted the clergy to marry; published the Scriptures and the liturgy from Latin into the vernacular; and radically simplified the ceremonial and ornaments of public worship (to the point of abolishing the use of images in worship). Undergirding these institutional and liturgical reforms was a fresh clarity about the gospel, and especially about the authority of scripture and the work of salvation. Over against exaggerated claims for the teaching authority of the church and church tradition, they affirmed that “Holy Scripture containeth all things necessary to salvation” (Article VI). Over against an excessive emphasis on good works as the basis of being received into favor with God, they affirmed that “we are accounted righteous before God, only for the merit of our Lord and Savior Jesus Christ by Faith, and not for our own works or deservings” (Article XI). Works are necessary, but as the evidence of the faith that justifies, and the effect, not the cause, of grace. On these questions, the position of the English reformers of the 16th and early 17th centuries aligned with the broad consensus of reformed and evangelical churches of northern Europe. If the ecumenical or catholic aspect of Episcopalianism is indicated in the Chicago-Lambeth Quadrilateral, the reformed or reformational elements are stated in the Thirty Nine Articles of Religion, which is the historic Anglican confession of faith, its particular reception of the Catholic tradition. And yet more must be said; we must address the developments that came after the Reformation as well.

This essay was published in the St. John’s Parish Paper for Sunday, Jan. 30, 2022. If you have questions or topics for a featured story, please send them to our Rector, Rev. Gavin Dunbar.